This post has been rolling around in my head for a few months, so I figured it was time to get it off my chest before the inauguration on January 20th.

I’ve been thinking a lot about the state of US government following the sensational circus/train-wreck brought to you courtesy of the United States electoral process. As it’s decided for the next four years, the American people should feel quite vested in the success of our elected President, and I am no exception. Though I’m having some trouble with the way the ole’Electoral College thing shook out,  there’s really nothing that can be done but to watch and wait for this administration to officially “just get on with it“. (Here’s a guide.)

My view is that President Obama has done a tremendous job in his allotted 8 years, in spite of being bound by a Republican Congress.  Many, and boy do I mean many, have been vocal about their differing opinion.  I realize that we are all of different minds and experiences. However, we are also all the same… we are Americans, and our country is already great.

Before you get ready to tweet, let me explain/remind that, as an American citizen and one of the people, I﻿ “shall not be deprived or abridged of their right to speak, to write, or to publish their sentiments; and the freedom of the press, as one of the great bulwarks of liberty, shall be inviolable.” This right is courtesy of the First Amendment to our US Constitution dated September 17, 1787.  To the Founding Fathers… I thank you.

For my contribution, I thought I could at least offer my view to our new Commander-in -Chief and provide just a few examples of exemplary celluloid Presidents, whose qualities and characteristics any leader would do well to emulate.

As the title suggests, one cabinet member is designated to remain at a secured location when many of nation’s top leaders are congregated together at a single assembly. Should there be a disastrous event that leads to the demise of these leaders, this ensures a presidential line of succession.

Selected as that official during the State of the Union address, Tom Kirkman is sworn in as President following a terrorist bombing that wipes out most all of the leadership at the Capital.
Previously Secretary of Urban Development, Tom knows his experience does not measure up to the Office. Yet, he does what he can and presses on with getting government back in business. 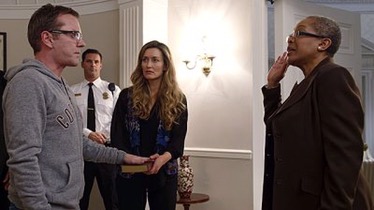 Subtly played by Kiefer Sutherland, the quality that Tom Kirkman displays is sincerity. He takes his oath seriously, and strives to do the best job that he possibly can for the benefit of the people– every single day.

We don’t see too much of this President’s ability to govern, though we do see his commitment and concern for his family and staff. What’s most important about Marshall is his unwavering strength and the ingenuity he employs to foil the plot against him and country.

He uses all of his capabilities, and I think what’s important to note here is that that we can all use a president that can kick a little “you know what” now and then! 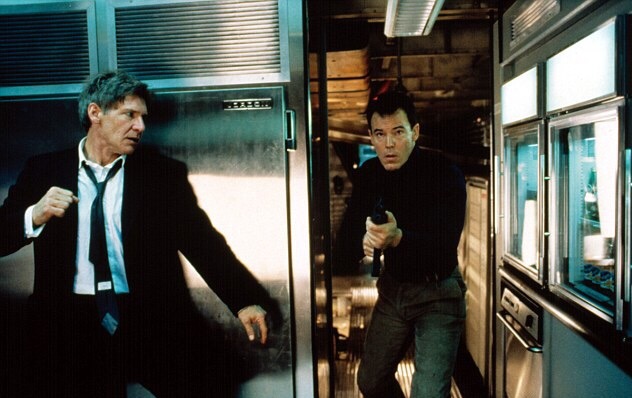 A solid action movie with Harrison Ford in the role, i.e., Die Hard on Air Force One.

3) Dave – Dave
Dave is an everyday Joe, ‘er Dave, thrust into the presidential role by accident rather than design. An actor and lookalike, Dave impersonates the President at parties and publicity ops.

The intent was for Dave to double as the President and exit a hotel in front of the press, so the President could remain behind for a tryst. The President has a near fatal stroke in flagrante, and is alive but incapacitated. The chief staffers who instigated the stand-in plan, reenlist Dave into service temporarily to prevent the Vice President from taking over and to give them time to regroup.

Initially , Dave goes through the motions merely acting the role.  However, it’s not long before Dave realizes that the Chief of Staff is using this opportunity to facilitate his own political agenda and Dave begins to work against him and his efforts. I won’t spoil this for you as Kevin Kline‘s portrayal of Dave is a delight to watch. (There’s also a cute subplot with Sigourney Weaver as the First Lady.) The presidential quality that Dave embodies is optimism. As a newcomer to politics, Dave infuses the White House with fresh air as he simply tries to do good. In his own life, he runs a temp agency and helps people find jobs. While he is in filling the presidential role, he also demonstrates the same care and concern for the American people, as he would for a friend.

Starring Michael Douglas in the titular role, this film is a romantic comedy at heart with the primary plot of budding romance between political lobbyist, Sydney Ellen Wade(Annette Bening) and widowed president, Andrew Shepherd. 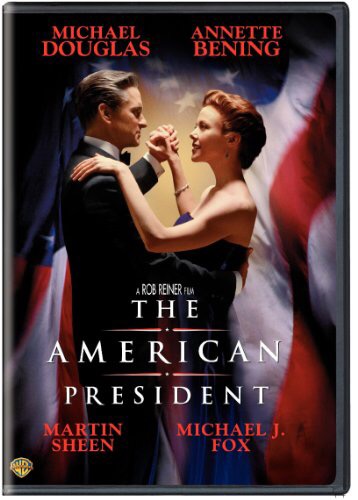 We see the hardships and protocols of the post take a toll and infringe upon his ability to have a personal life as well.  The characteristic that Andrew Shepherd displays is realism and practicality. Will it really matter if he has a girlfriend? Would this be a choice that significantly will impair his ability to govern? Must he sacrifice his personal life for the job? What he learns is that politics is perception, but it’s possible to change that if you try. Plus, there’s political stuff too.

It is no surprise that the above film and this series are next to each other on my list as they star most of the same outstanding cast and have similar sensibilities, both written by Team Sorkin. The series, created by Aaron Sorkin and seemingly inspired by the film, features the senior staff of advisors who “serve at the pleasure of the President”. At the center of the piece, they revolve around the oval office advising and managing not only the day to day of government, but also the legacy of the administration. These wonderful actors are able to personify their characters’ zeal for the job with such warmth and depth that you feel as if you know them.

President Josiah “Jed” Bartlet is no exception.  A noble prize winning economist, this president is an inimitable character of contrasts: both brilliant and hokey, liberal though devoutly religious, stern but fatherly, verbose yet able to silence with a stare. 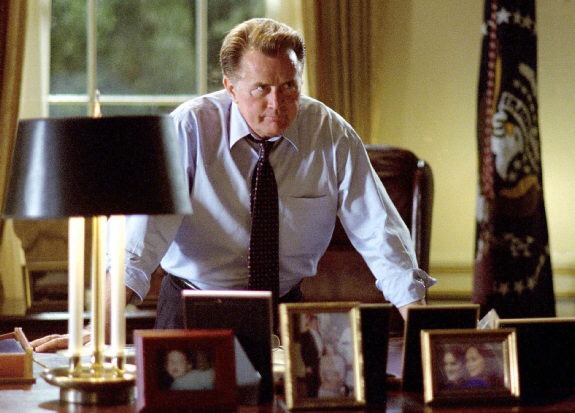 And, all is executed with the most eloquent and wry wit. To the phenomenal credit of Martin Sheen, what strikes me about Jed is the level of compassion and consideration he takes in making each and every decision,  agonizing at times.

It is quite a list, but not an impossible ask: sincerity, strength, hopeful optimism, practical realism, and considerate compassion. To me, these traits are all critical to governing, and it is the job of the Office of President to make decisions with the interests of all American people in mind: without towing a party line, kowtowing to private interest groups, or influencing one’s personal agenda or advantage.

In this address at Gettysburg, Abraham Lincoln’s statement says it better than I ever could: “Government of the people, by the people, for the people, shall not perish from the Earth.”