Have you started hearing this lately?  It’s the number one program on television.  What is, you ask?  It’s a little show called The Walking Dead developed by Frank Darabont, based on the comic book series created by Robert Kirkman, Tony Moore and Charlie Adlard, along with show runners Scott Gimple and Greg Nicotero.  I’m not sure of the numbers because I’ve tried to search this information out and it is remarkably hard to find.  There are articles that tout the viewership to be upwards of 20 million in the Live + 3 category.  That’s huge.  This is a TV show people… based on a comic book — and, it’s about zombies!

I feel like I discovered this show ( I didn’t) because I’ve been watching since Episode 1 aired(find it on Netflix or Amazon).  I have come across many people who watch that I never would have guessed, but are huge fans of the show.  I’ve told countless people to watch, and lots have rolled their eyes… “Zombies, really? I don’t like zombies, and I don’t see what the big deal is!”

Please! It’s so much more than zombies!

At its core, The Walking Dead is about people surviving, plain and simple, in a world that has been overrun by the dead.  There’s no one working at the power plant, or the Walmart, or McDonalds any longer.  All modern conveniences have been stripped away, along with civilization, infrastructure, and medical care.  We’re back to civil war times, but with cars —  if you can find gasoline that is.  Highways are not clear, and death is around every corner.  Paramount is the need to find safe shelter.  You can find food stores from time to time, but it’s a good idea to learn to fish or hunt.  Weapons, in general, are worth fighting over.  Trust is gone, and people can be more frightening than walkers.  (Yes, we don’t call them zombies.  They are called “walkers”, “roamers”, “biters”, “lurkers”, etc., but never, ever zombies.)

The show centers around Rick Grimes played by Andrew Lincoln, his family and others who have banded together.  Rick, a former lawman and all around fair and good soul, takes on leading the group.  But, it’s not an easy road, and trust needs to be earned.  There’s always more than one person who feels they are the right and proper alpha in the group.  Watch your back, Rick!  Daryl Dixon is another fan favorite played aptly by Norman Reedus.  The main cast is rounded out by Melissa McBride as Carol, Steve Yeun and Lauren Cohan as Glenn and Maggie, and Chandler Riggs who plays Rick’s son, Carl.

The good thing about walkers is that they are kind of slow, and sort of loud.  One on one, they’re not so scary.  But, they like to travel with friends.  They have this growling noise that they make, so sometimes you can hear them coming.  The bad news is that they may already be where you’re headed, and you could just blunder into a bunch of them.  One minute you are in the clear, and the next, you are on the run.  All it takes is one little bitty bite, and you become center stage at a feeding frenzy, and then turn yourself.  This threat compounded by constant movement, hunger, lack of shelter (and likely hygiene), can really impact your quality of life. 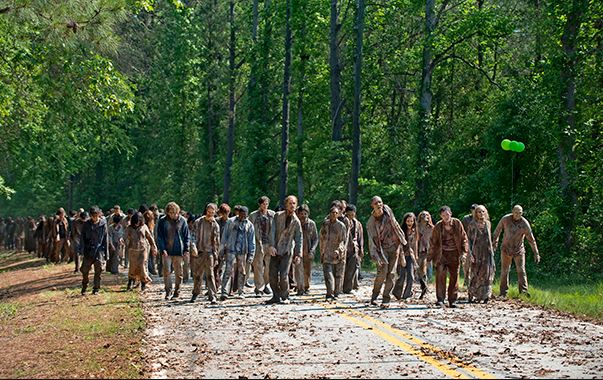 Rick feels like the questions get at the root of who a person is quick, as well as cut through to crazy-time.  You see, it’s not just walkers that you have to watch out for.  Human nature does not have such a pretty face in this redefined world.  There are many lessons that have been learned over time.  You can become a target for your weapons, your shelter, your women, or your food — and it can happen fast.  Rick certainly seems to have the best interests of the group at heart, but he can also take a hard line.  It’s been called a Rick-tatorship on more than one occasion when he exercised his will.

Don’t get too attached

The one thing that this show has not shied away from is the fact that hardly any character is safe.  I won’t spoil things for you if you plan to watch, but let’s just say that you never know what will happen next, who’s going to trust the wrong person (or not trust the right one!), and who’s going to take a wrong turn.

It’s kind of a game, I think.  As the seasons unfold, there has certainly been some delight taken in watching the walkers gradually decompose.  Along with that has been interesting ways to reveal how they originally died, or got in trouble along the way.  This is a big part of the show, and it’s not for those with weak stomachs.  There have been some really graphic deaths that have resulted in some monster buffets.  Eventually, you get desensitized to it a bit, but there are still some definite gross-outs.  There is also a companion show hosted by Chris Hardwick, called The Talking Dead, that offers up discussion and a post mortem of sorts.  I love this show as well, and it helps to highlight the humor, uncover the catchphrases and allows one to decompress from the intensity.  With the “In Memoriam” segment and online quizzes, the discussion really helps to put it all in perspective and prime us for the next new episode! 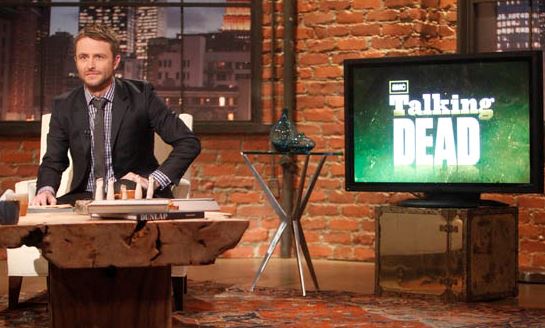 There is great care taken in the crafting of the show, and keeping it as real as it can be.  Much can be said for the show runners and special effects team, as they put in the effort and know the fans eat it up.  The story lines are well thought out, the writing is excellent, and the cast is extraordinary.  You can tell that they have become a family, and they are  extremely proud of what they have been a part of.  It’s not a stagnant world as new challenges are around every corner, and there’s a perpetual evolution of characters and locations.  This world will change a person, and it’s been fascinating to see how certain characters have grown over the seasons, to learn their back stories, and understand how they’ve become who they are today.

Here’s my challenge to all of you who have not yet watched.   I know there are some.  I challenge you to stream the pilot, and watch it yourself.  That episode is enough to find out if you are ready to join the TWD Family or not.