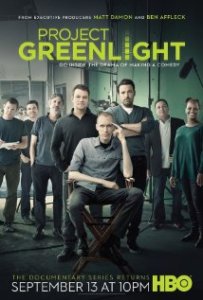 What is it about reality television?! For me, especially with a show like Project Greenlight, I just love to be privy to the inner-workings of a film, albeit at 10,000 feet.   Coming from the position of corporate America I know how projects are typically managed, so to see how the end-to-end process is wrangled in Hollywoodland is quite, well, er… “fascinating”. I do get that this type of show is edited to capture the most salacious spin on the production… of the production. However, there are certain things that were consistent throughout the season, and that cannot be denied.

It’s getting hot in here…

Right out of the gate in the first episode, as the panel was short listing and interviewing the prospective directors, the show kicked off with controversy about diversity. Diversity, consideration/selection based on fair and equal treatment, and equal pay issues are white hot topics in Hollywood right now, and this was no exception. Kudos to Effie Brown for speaking her mind in the conference room and on set. She made it clear all along the way that she would not accept a lackadaisical attitude toward these issues. She insisted that consideration be made in each and every part of the production. That was, indeed, a delight to watch. 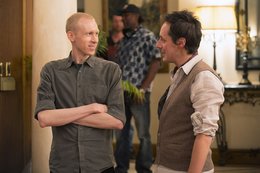 Once selected, I have to think that at some point during the production each and every key player may have regretted the selection of Jason Mann as their director of choice.  Jason immediately wanted to ax writer Pete Jones, of prior Project Greenlight fame (Stolen Summer). He alienated and wouldn’t listen to the advice of film industry veterans, or HBO executives. He tried to bolster sympathy by running to show execs Matt Damon and Ben Affleck for aide. He wouldn’t accept the limitations of the budget that he had to work with. He was obsessive about the minutiae of location, wardrobe and lighting, yet would not focus on the fact that big decisions needed to be made pre-production. Unfortunately, that put any number of hard working professionals in a scramble to try and lock the locations down, get permissions that were needed, etc., and that choice ultimately limited filming options during production. There’s no one else to blame when filming had to be completed by 9 pm each night.

You can’t always get what you want…

The choice that Jason Mann made to be so resolute and unwilling to deviate from any aspect he had his heart set on was unfortunate. I’m not sure if it was a feeling of entitlement, or where his attitude came from. It was also a shame that there was never a time that Jason Mann appeared to be appreciative of the opportunity that he had been given, of the battles that people fought for him: locations, use of film, car crashes, editing, reshoots/pick-ups. All he was shown talking about were the things that he couldn’t do or get, how people were limiting him, or telling him one thing when reality was another.  I understand keeping tight to your principles for the art that you are trying to create, but things get done with compromise. People are much more willing to work with you, if you are willing to work with them. I say pick your battles, and maybe you’ll be asked to film another day!

I certainly felt empathy for the producers and each and every painful struggle they went through to try and work with Jason. I thought that Effie and Marc Joubert did well to give Jason his creative props during filming. But, dear heaven, the drinking that must have gone on after hours!! The good news is that once the production wrapped, and the film was locked, they were able to move along down the highway and distance themselves from the production. I really have great respect for Effie Brown. I appreciate the challenges of her journey, and I thought that she conducted herself with grace and dignity. I don’t know that I could have done the same in her shoes. 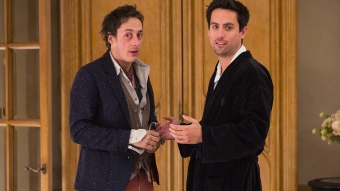 So how did the film turn out? Had it not had the promotion of the series behind it, The Leisure Class would have raised barely a blip. I think that it was well acted for the most part, it looked professional but the very far-fetched and weak premise faltered along multiple plot lines. I find Ed Weeks to be extremely likeable, and hope to see him in many more things to come. The rapport that he had with Tom Bell really sold that part of the story. Veterans Bruce Davidson and Brenda Strong did well with what that they had to work with. It wasn’t very funny though, nor really a caper movie, either. Had it not had the notoriety and curiosity factor, I wonder would we have ever seen it at all.

It’s one thing to be difficult yet deliver a movie that’s critically or financially successful. I’m curious to see if Jason Mann will appear in the credits of any large scale productions in the future.

Cindy Says: Project Greenlight was lots of fun, and a very engaging series — ⭐️⭐️⭐️⭐️stars. As The Leisure Class was awkward and kind of ridiculous, I can only give it ⭐️⭐️ 1/2 stars.

Recommendations: If you are looking for farce and a funny con / caper movies with heart, then it’s just best to go old school and watch The Sting or Dirty Rotten Scoundrels.  Or, you could do well with a Project Greenlight friend in Ocean’s Eleven, Twelve or Thirteen.