I thought I had missed seeing this in theaters and was disappointed with myself because I was very much anticipating this release, and expected many accolades would follow.

On a whim, I happened to check show times. and I was very appreciative that my local Regal brought this back for a time before Oscar Sunday. Also, I later learned that this was intended to be an in-theatre experience, so even better.

Interestingly enough, when I had chatted with friends about A Star Is Born, I learned that many were not aware that this was a reimagining of a long standing franchise — 1937, 1954, 1976 all bore similar stars.

I am most familiar with the Streisand/Kristofferson film though I was too young to see an R movie in theaters at that time — and no way (or desire) to see it later as VHS players were not yet in every living room. I do recall, over time, hearing that it was a commercial success, if not critical.  The theme song, Evergreen, beautifully sung by Ms. Streisand, was on the radio for-ever, and rightly so.

Heading into this one, I had a good idea of what to expect from the story. The trailer passed my #CindySays “goosebump test”, and I had high hopes in hindsight, as this film has now been the recipient of so many nominations during this award season. As anticipated, this iteration did follow the similar story arc, though as with its predecessors, it did well to modernize the story for the current audience while tempering the pop culture references that might date it for future viewing. 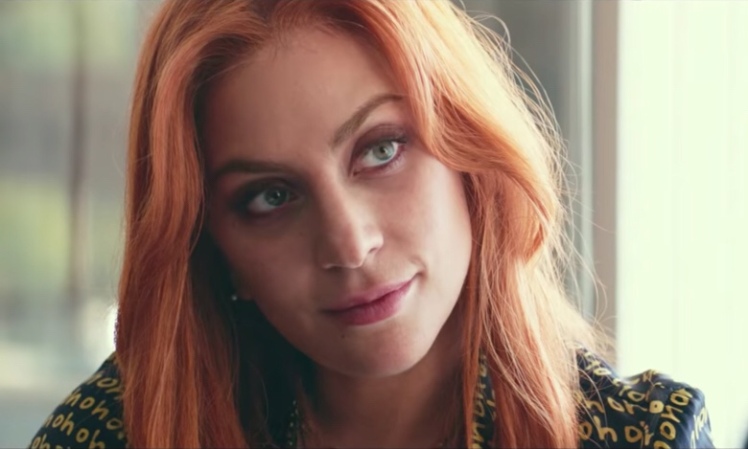 Lady Gaga’s powerhouse voice was the substance that stabilized her portrayal of Ally throughout the film. Unfortunately, I’m not quite as enamored of her big screen acting debut as others seem to be.  Don’t get me wrong, she did just fine and had the vital chemistry with Cooper to make their coupling believable. However, I felt that the depth of her character came through primarily when she was singing – which fortunately was most of the time.

Music as a character

Instead of just using the music as an underlying tool to keep things moving, the music was the truly the heart of the film.  These two were thrown together by fate, one closed off and one broken, yet they were able to communicate their personal vulnerabilities and dreams through the revelation of their music.  I’ve kept the music on loop for several days now, and in the lyrics you hear important context and backstory which further breathes life into these characters.

To say that Bradley Cooper had his hands full on this film is an understatement given his involvement in writing of both story and music, directing, producing and starring. It is astounding to me that he delivered such a moving performance with all that on his plate, and this was obviously a labor of love. In the previous films, this character was fueled with jealousy and resentment, and was too self involved to really try.

In 2018, it is as much Jackson Maine’s story as Ally’s. Jack is a fully fleshed out man, with a past that [he felt] justified his binge drinking and drug addled outbursts. Cooper infused Jackson Maine with an air of resigned sadness that makes him vulnerable in spite of his hardened edges. He could not help but be that man — a man unable to stop self-medicating long enough to recognize the demons that plagued him.  Even so, Cooper played Jackson Maine as such a sympathetic character that it was possible to forgive him his flaws and have hope — for a future never meant to be.

This one caught me in the feels because I’ve felt that same hope fade myself.